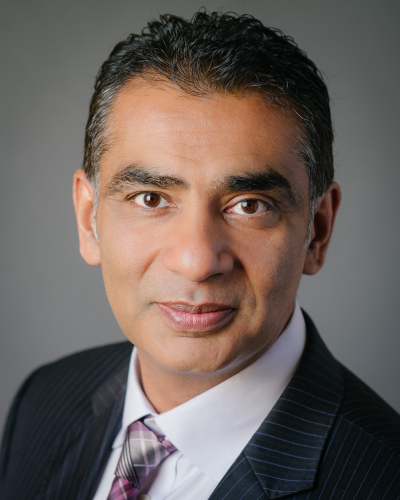 VICTORIA – International trade and investment are key priorities for our government – and India is one of B.C.’s emerging trade partners.

We share close economic, cultural and social ties with India. Not surprising, as more than 5% of our population have a South Asian heritage.

Last week, I had the privilege of accompanying Premier Christy Clark and a delegation of more than 70 companies and post-secondary institutions on a trade mission to India. The purpose was to promote the strength of key B.C. sectors, including liquefied natural gas and other natural resources, clean technology, life sciences, film, digital arts, finance and education. The education delegation included representatives from nine B.C. post-secondary institutions.

I joined the education delegation in Chandigarh, Delhi, Bangalore and Mumbai where we met with key academic, industry and government stakeholders. I also had a number of speaking engagements relating to education as well as other sectors.

The mission provided an opportunity to promote British Columbia as a high-quality education destination, and to raise awareness of the potential for educational partnerships, student exchanges and joint research initiatives with India.

We met with existing partners to strengthen relationships, and made new connections that will encourage

the two-way flow of students, teachers and ideas between B.C. and India.

For example, UBC renewed an agreement with the National Centre for Biological Sciences in Bangalore. The agreement envisages the exchange of visiting scholars as well as sharing research, information and participating in joint academic conferences.

Royal Roads University built on a previous agreement allowing Chandigarh University students to transfer into the third year of the Bachelor of Business Administration program in British Columbia.

SFU and the Indian Council for Cultural Relations will establish a Visiting Scholars Program at SFU to foster and strengthen cultural relations by hosting world-class Indian scholars. SFU also signed an agreement with India Oil Corporation to exchange research scientists on a short-stay basis to pursue research in the areas of energy, fuel cells, clean energy technology and advanced materials.

Langara College strengthened their existing partnership with the Royal College of Nursing in Batala that gives students in Langara’s Bachelor of Science in Nursing program the unique opportunity to conduct their practicum experience in Indian communities.

BCIT formalized two partnerships while in India. The first, with The Energy and Resources Institute, in New Delhi, will foster collaboration and explore joint research opportunities in microgrid energy research and green building initiatives. The second agreement between BCIT and Chitkara University in Chandigarh will identify and explore activities relating to student and faculty mobility, train-the-trainer education models, and degree programs.

And, the College of New Caledonia is signing agreements with two higher learning institutions to support overseas learning opportunities and boost international enrollment: Narayana Health – a teaching hospital in Bangalore – and OP Jindal University in Raigarh.

I was also pleased to join the Premier in the announcement of funding for 20 scholarships, worth a total of $50,000 to support and encourage the two-way exchange of students between the University of the Fraser Valley and Sanatan Dharma College in Chandigarh.

Most-recent figures show there were 112,800 internationals students in British Columbia – an increase of 20% since 2009-10. The number of international students from India has increased 188%.

In addition to increased opportunities for education collaboration, I am also hopeful that more students from India will choose B.C. as their study destination because of our efforts to raise B.C.’s profile. This supports our government’s goal of a 50% increase the number of international students studying in B.C. by 2016.

This mission to India was extremely productive for the education sector, as well a number of other important sectors for B.C. We now look forward to continuing the dialogue with our partners in India to sustain this momentum.

Connect with the Province of B.C. at: www.gov.bc.ca/connect