The Ivanka boycott: Trump’s problem with women could tarnish his daughter’s million-dollar brand

But his eldest daughter’s retail ventures appeared to dodge the ire – until the conversation shifted to his treatment of women. Now thousands of social media users are urging others to avoid stores that carry her namesake goods. Even some shoppers who haven’t seen the hashtags – #GrabYourWallet, #BoycottIvanka – say they’re spurning her office-wear. 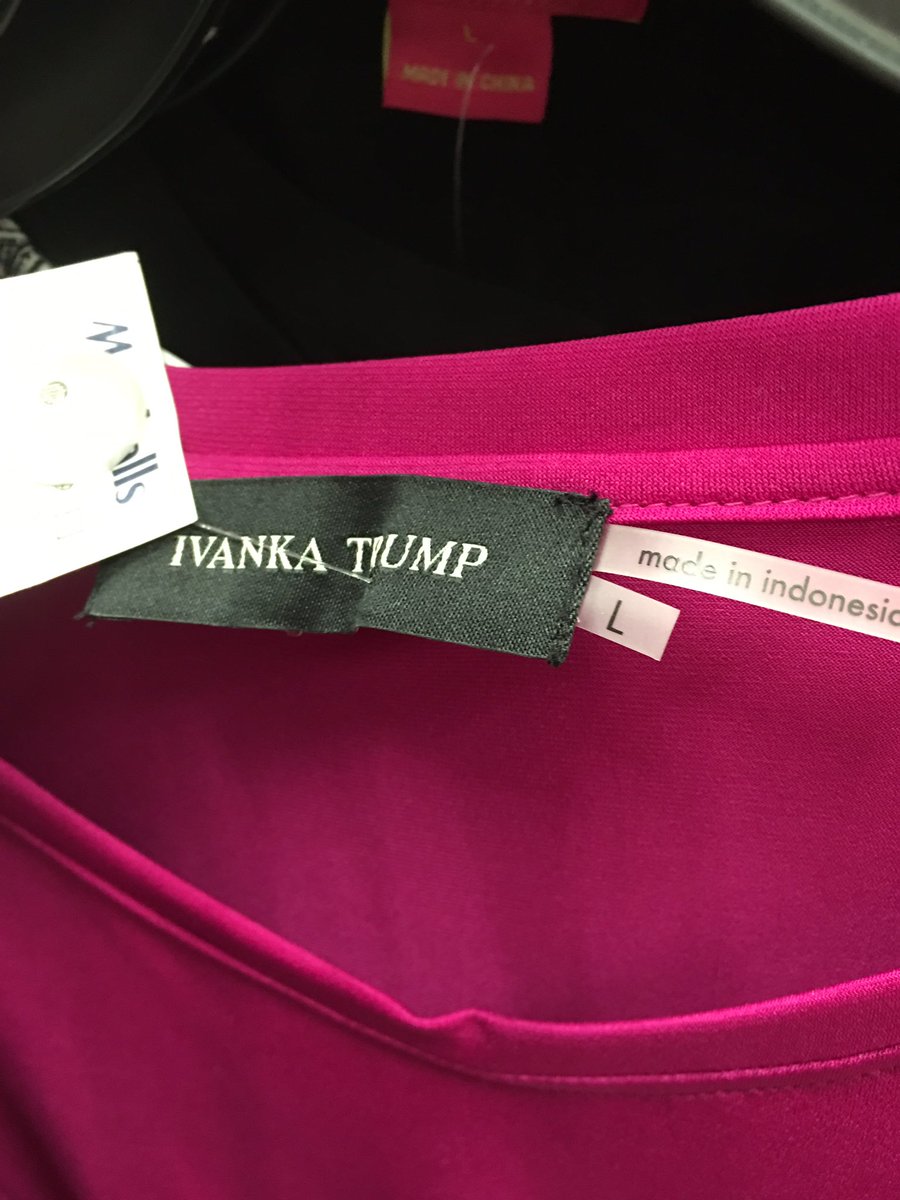 Crap made outside of the US. No thanks! @Nordstrom@marshalls get rid of her line so I can shop with you again. #ivankatrump #GrabYourWallet

Tote-ally obsessing over these

@Nordstrom Boycott as long as you sell anything from the Trumps. #GrabYourWallet

“I just don’t want that name in my closet,” explained 31-year-old graphic designer Jessie Newman, as she shopped at T.J. Maxx in Washington, D.C.

Ivanka Trump, 34, has painted herself a champion of bread-winning mothers and harnessed Trump’s White House bid to buoy that image. As she rallied to close the gender pay gap during her speech at the Republican National Convention in July, she sported one of her own designs, a $157 pink dress. The next morning, she linked to the look on Twitter.

This pairing of business and politics seemed to initially pay off. Google searches for her clothing brand spiked in the hours after her RNC debut and soared again following a September stump speech, in which she helped unveil the GOP nominee’s child-care plan. 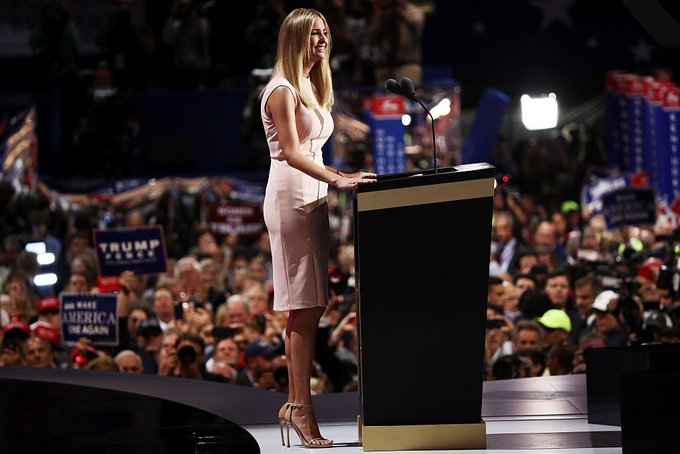 Then the Washington Post published a 2005 tape on Oct. 7, showing Trump bragging about kissing and grabbing women without their permission. Ivanka continued to support her dad after the White House labeled such behaviour sexual assault, after 11 women accused the candidate of making unwanted advances on them, and after Trump suggested the accusers weren’t attractive enough for him to pursue.

“My father’s comments were clearly inappropriate and offensive,” she said of the 2005 tape in an interview with Fast Company magazine, “and I’m glad that he acknowledged this fact with an immediate apology to my family and the American people .”

That wasn’t good enough for Shannon Coulter, 45, who runs a marketing firm near San Francisco. A male boss had groped her once. Trump’s remarks reminded her of the pain.

“She puts women’s empowerment at the centre of her brand,” she said, “and is still campaigning for someone who is an alleged serial assaulter.”Coulter shared her thoughts with the Internet, and they sparked a trend that, by Wednesday, had reached the feeds of more than two million Twitter accounts: Boycott Ivanka.

Ivanka Trump clothing generated roughly $100 million in revenue last fiscal year, according to G-III, the contractor that produces her apparel. It’s too early to tell if the web call to reject her goods has hit her bottom line.

Surveys suggest consumers have mixed feelings. A Brand Keys survey of 950 millennial woman, taken a week after the 2005 video was released, found that 51 per cent of respondents were “extremely” or “very” willing to buy her office-wear.

“Ivanka’s brand does not appear to have suffered the same fate as her father’s,” said Brand Keys President Robert Passikoff in a written statement. “There may be an ‘I Hate All Things Trump’ backlash going on at the moment, but as it regards Ivanka, we’re estimating that it will be relatively small and short-term.”

But in a national survey of 1,983 voters, conducted last week by polling firm Morning Consult, 57 per cent of women said they would not purchase clothing from Ivanka’s namesake line, while less than a quarter said they would. The mogul’s presidential run made 35 per cent of the survey respondents “much less likely” to buy or use a Trump-related product. Another 4 per cent are “somewhat less likely.”

Seventeen per cent, meanwhile, said they are “much more” or “somewhat more” likely to buy or use Trump products in light of the campaign.

That does not bode well for Ivanka’s clothing line.

“Brands are affected by what they’re associated with,” said marketing strategist Karen Leland, author of “The Brand Mapping Strategy, “And most people who shop for women’s clothing are women.”

Some shoppers, she said, appear to be associating Trump with casual disrespect toward women. Leland recalls shopping recently with a friend in New York who snatched a blouse out of her hand. “I didn’t realize what I was holding,” she said, “but my friend say, ‘That’s Ivanka. You’re not allowed to buy that.”

On Wednesday afternoon, three blocks from Trump’s new hotel in the nation’s capital, Candace Steele, 34, browsed through blouses at T.J. Maxx. She touched a black Ivanka Trump top with white butterflies, on sale for $19.99.

Steele, who identifies as Republican and an undecided voter, saw nothing wrong with the shirt itself. She doesn’t dislike Ivanka, either.