“The Vancouver School Board has been dismissed for failing to comply with the School Act, which required the board to adopt a balanced budget by June 30, 2016,” said Bernier in a written statement.

“What we have witnessed from the Vancouver School Board is a misplaced focus on political tactics rather than responsible stewardship,” he added.

Bernier said allegations of a toxic work environment — currently the subject of a WorkSafeBC investigation — were taken into consideration.

He said the results of an audit — which Bernier ordered after the school board failed to submit a balanced budget by the June 30 deadline — raised additional concerns about the Vancouver School Board.

Bernier said the province cannot release the results of the audit until a privacy commissioner investigation is done. 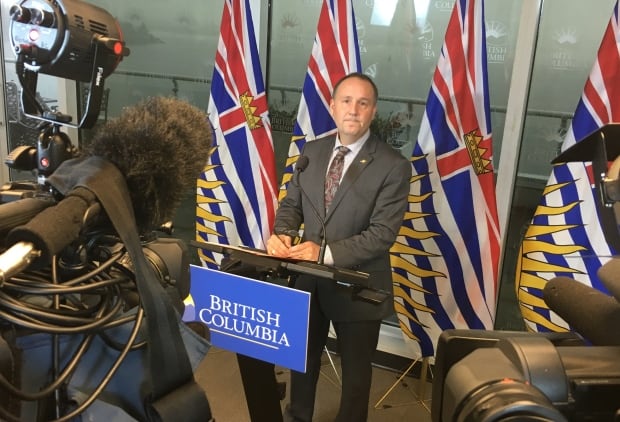 Earlier today, now-former VSB chair Mike Lombardi told CBC’s The Early Edition the school board was finally willing to approve the budget in order to qualify the school district for seismic upgrade funding at their meeting tonight after months of delay.

He even emphasized that he had a “very good relationship” with the minister of education, adding they text and phone regularly.

Despite this, Bernier said there was no option but to fire the board.

“It is impossible to have any confidence that a potential last-minute change of position on the district budget signals a fundamental change in the attitude which has so far led the board to refuse to follow the law,” he said.

Dianne Turner, a former superintendent of Delta, has been appointed as the official trustee to replace the board.

“Parents in Vancouver and the province are counting on Ms. Turner to end the continuing turmoil that has dominated the Vancouver school board for too long,” Bernier said.

Turner’s term will last at least one year.

Lombardi, along with his three Vision Vancouver co-trustees, released a statement calling the firing an “outrageous political decision.”

“The people of Vancouver elected trustees to stand up for public education, not to do the provincial government’s dirty work of closing schools, cutting programs, and selling off public assets [to] address a budget shortfall of their own making. The Vancouver School Board is now being run out of Premier Christy Clark’s office,” he wrote.